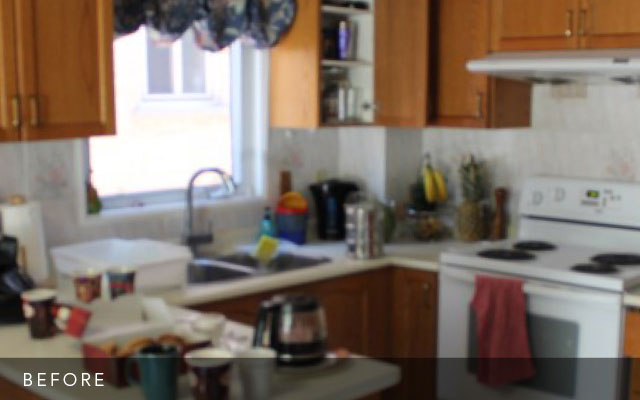 Why Tango interior designers are the best choice for you!

Imagine that you are watching your favorite reality show about flipping or renovating houses. You see that a decrepit looking house lands in the hands of a team of interior designers. If they are experts at what they do, then what happens next is nothing short of magic. The place is transformed; it looks like a beautiful home. In fact, it looks the way you want your home to look like! If only, you think and let out a sigh. Sigh no more because we have just the solution for you! 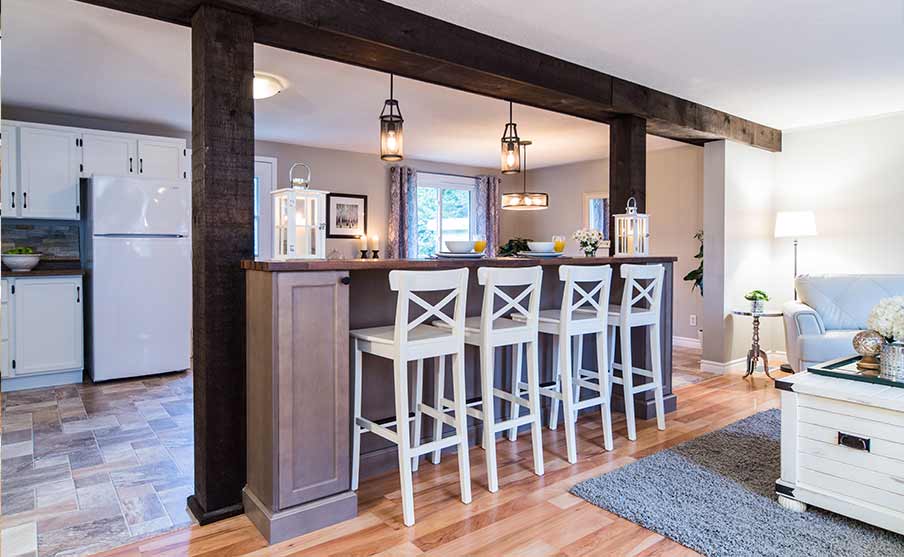 Look at the following examples. They are all from satisfied clients who had given up either on getting their house restored or on its ever looking good! They were featured on the popular TV show, Love It or List It. Tango has the honor to be the part of their happiness!

Here’s how Tango Interior Designers breathed a new life into their homes: 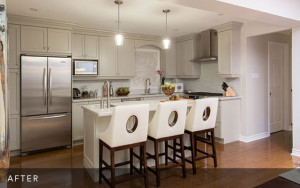 This first example involved a family that had spent more than 3 decades in one place. Their home had seemed huge when they had first bought it. However, lately, they thought that space wasn’t working for them. With the kids married and new grandchildren to house, the current space wasn’t meeting their accommodation needs.

When Tango Interior Designers was asked to change how the family looked at their home, we decided to install an open concept kitchen in it. As the family grew, the kitchen wouldn’t find as constricting as it did now. 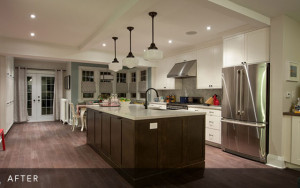 The couple had two beautiful girls who were the reason behind their purchasing the house they lived in. They bought a quaint home that was perfect for two kids and two adults. Of course, that was before they had a third child. They had to hire a nanny for kid number three, which resulted in even more scarcity of space.

Tango Interior Designers thought that making the kitchen into an open concept space would make it functional. It would also increase the amount of storage space that the family needed so desperately. Adding the large center island gave them, even more, storage and counter space. There is even a pantry wall with shelves that can be pulled out. It was exactly what they needed! 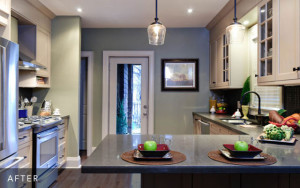 The Nielson family was headed by Danielle and Aaron. They lived in a former flop house and things had gotten very bad. In fact, the family didn’t have space to store their stuff. It seemed like most of the house was on the renovation to do list. The cabinets looked old enough to put off anyone who was going to see them every day!

As Tango Interior Designers took over, we started with making the kitchen more functional. After removing a wall, we added a peninsula in that room, making it look more open than ever.

If you want a team of kitchen renovation experts whose work has been featured on the TV multiple times, then Tango Design Studio is your only choice. Check out our modern kitchens and renovated bathrooms today to hire us to renovate your home!